Memorial Day is already gone and chances are high that June is going to follow suit and fly by just as fast. It’s amazing how quickly time passes when you’re having fun- even if that fun is mostly sedentary as you’re still nursing an open wound on your calf. Is that oddly specific? Yeah, I though so. Regardless, we always have time for family and sitting around a table to have a meal together. It’s a bonus if we cook the meal, but the time together is really the most important aspect.

THE DINNER: Catching up from my injury hiatus, I spent Samoa on the IR list as my granddad would have said. I can’t have soy sauce and this one called for a whopping 1/4 cup of the silk salty stuff, so I was out. But if you were in the camp that really was hoping we were making Samoa cookies for this country, you’re not alone. You’re also wrong in thinking that the namesake coconut and chocolate disks from the heavens were from the country we tackled this week. They are a creation of their girl scout overlords and while we are grateful for their presence in our lives, we cannot attribute them to the blog.

We made Huli Huli Chicken- which is the south pac response to the southern bourbon chicken. Not too long ago, my pal Billy O’Donnell stopped by Denver on his way to Oregon. We both miss Bourbon chicken from Bojangles‘. As fate would have it, this was similar but more ethnic and therefore much more exciting. We love a good food adventure. 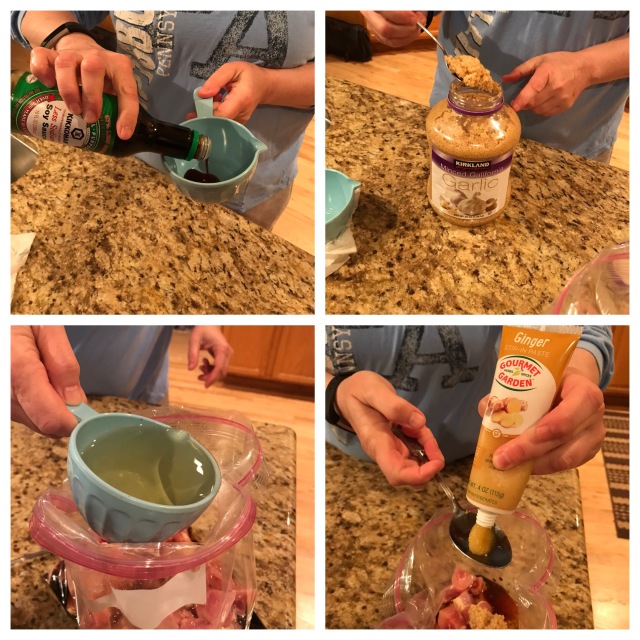 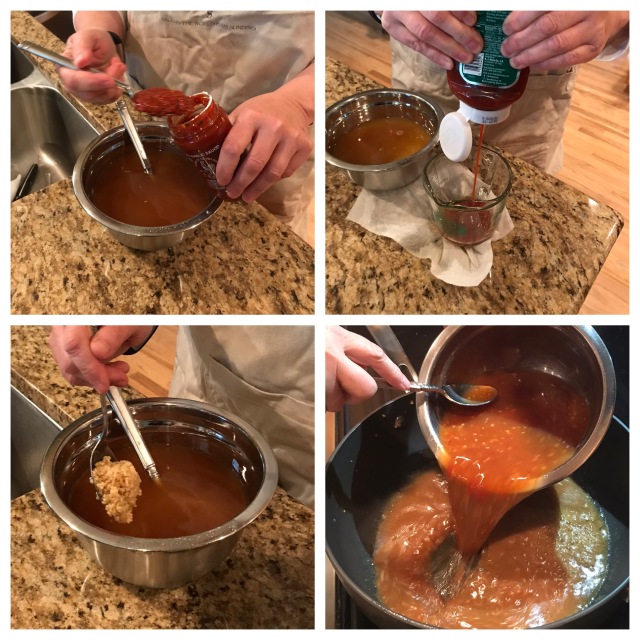 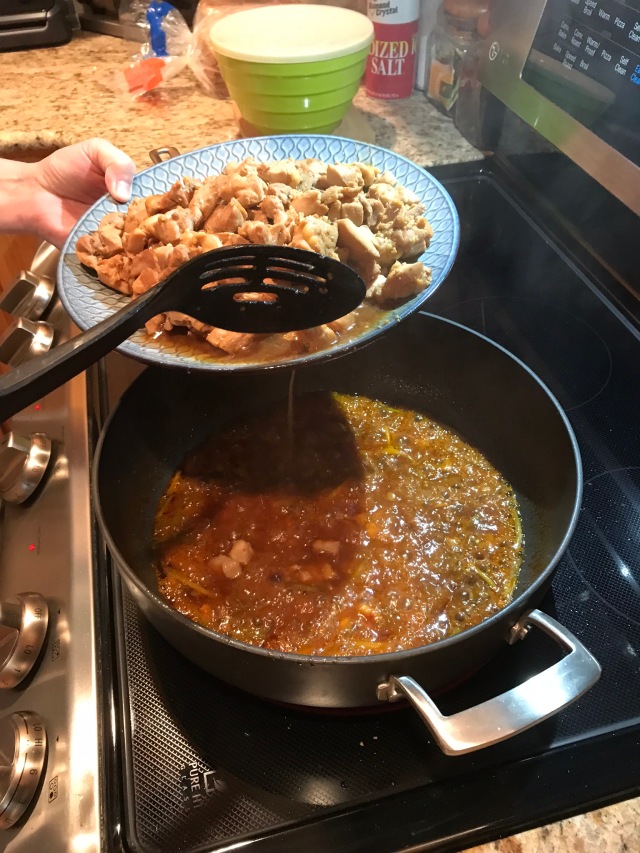 Ease of prep and cooking: 2 STARS out of 5 STARS for this meal!
Nothing like the previous country meal that’s for damn sure, but still required some prep and effort. It didn’t need to be translated or converted. It was a typical Sunday meal situation.

Best dish of all time scale: 5 STARS out of 5 for this meal!!
Wowza! It might not have been hard but it sure as hell was tasty! Something magical happens when you mix pineapple juice with garlic and soy sauce. Ginger added a little spice but the overall sticky sweet carmelization of this chicken was out of control. It almost felt decadent when all was said and done. Big fans of pairing great sauces like this one with white rice as it soaks up all the goodness and redistributes it.

Moving along at the speed of time and turtles, we are getting set to hit  #176 in Bhutan!

So it’s been a minute since we posted, but that’s not due to any food related vacation we took. Au contraire, we have cooked two countries since my last official posting. For those catching up, this soccer girl post Cinco De Maggie (Maggie’s cinco de mayo birthday celebration) spent some time in the ER for a pretty serious hematoma. All’s well that ends well, but four weeks removed I have had the hematoma turned abscess drained and am almost done with my antibiotics for the ensuing staph infection. It’s getting back to normal around here finally and we took a little time to kick back this memorial day weekend and relax.

THE DINNER: We ventured to Kazakhstan in search of some traditional beef with dumpling noodles. This dish is called Kazakh Beshbarmak which means “five fingers”. Maybe because that’s how many are in a high five? I see what you’re getting at Kazakhstan. This dish of boiled meat is the country’s most popular dish. It’s also traditionally made with mutton or horse meat, so I feel a little deviation coming on 😉 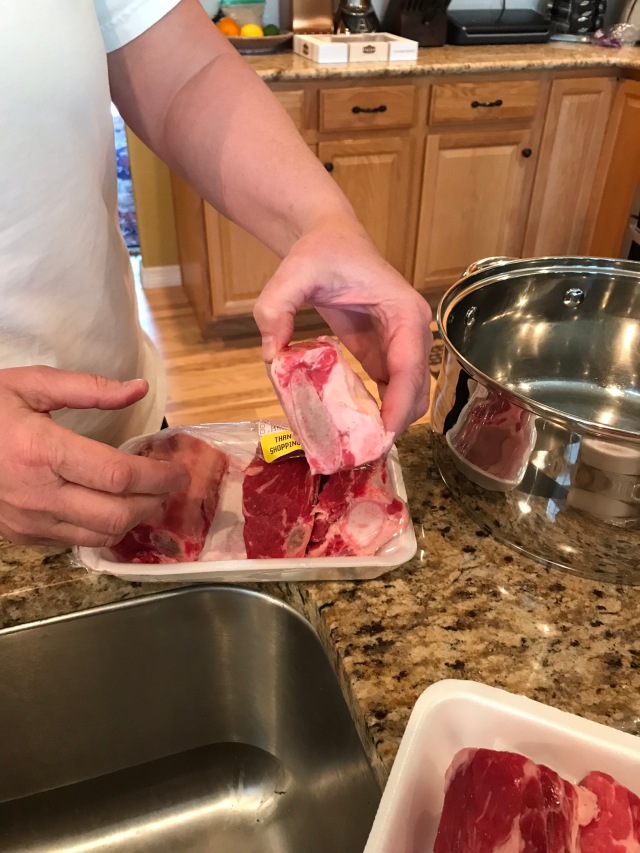 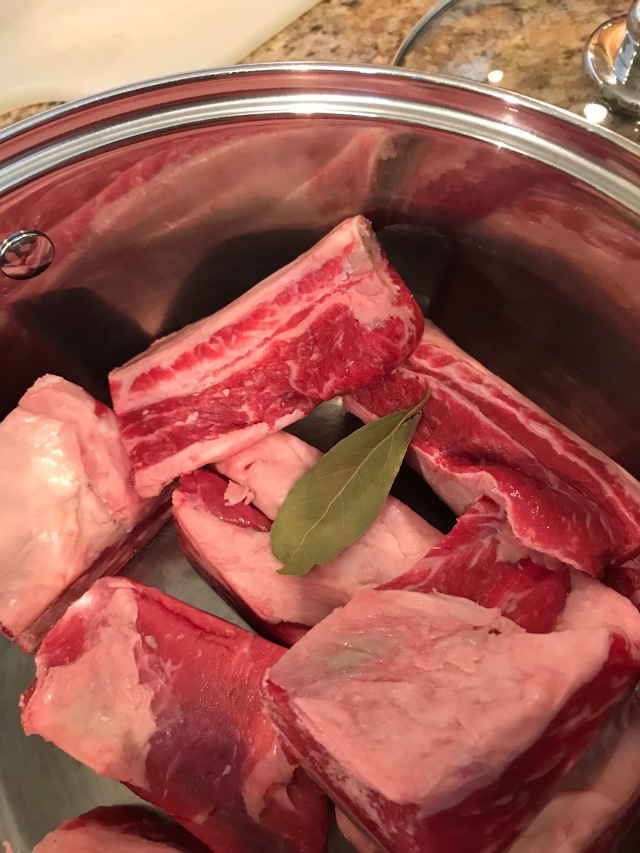 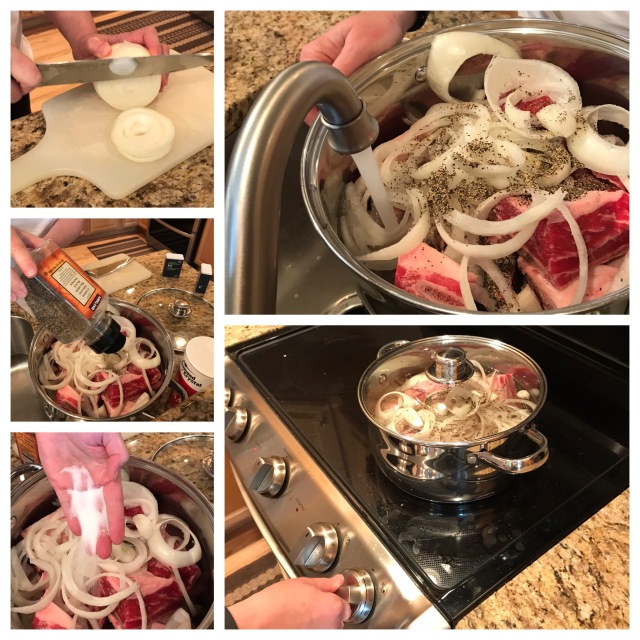 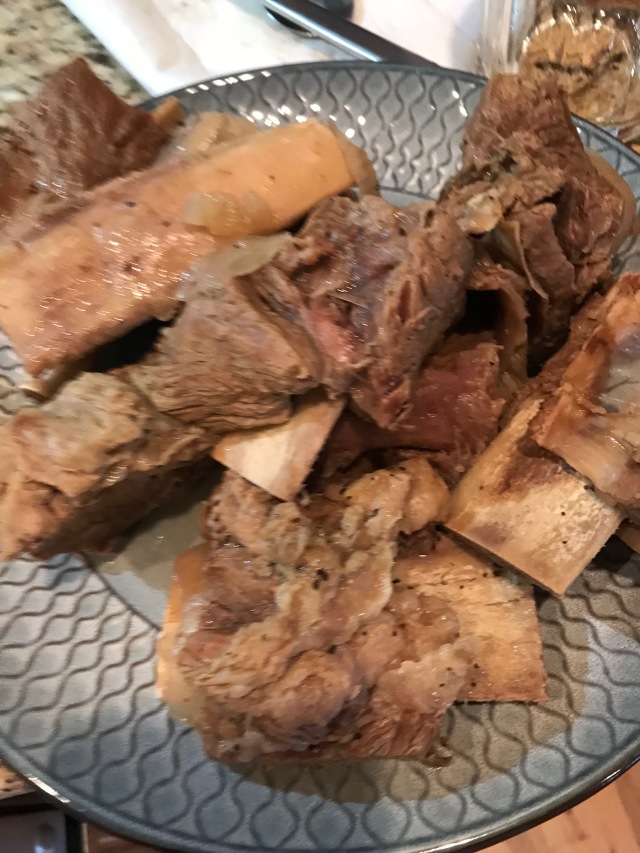 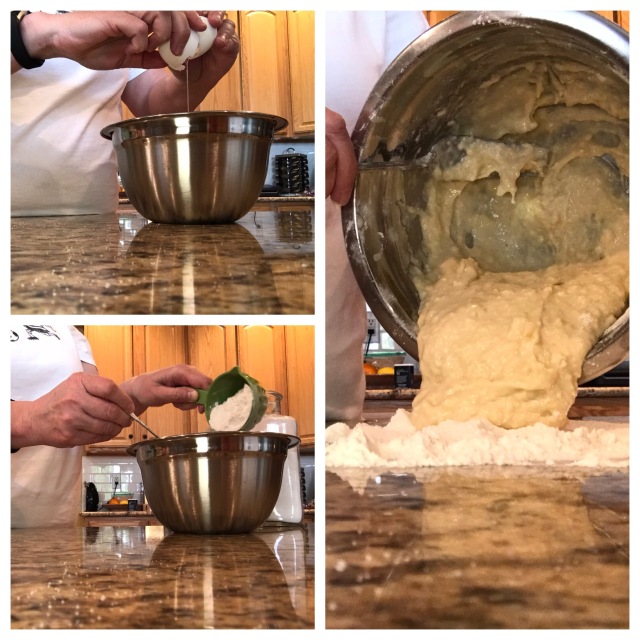 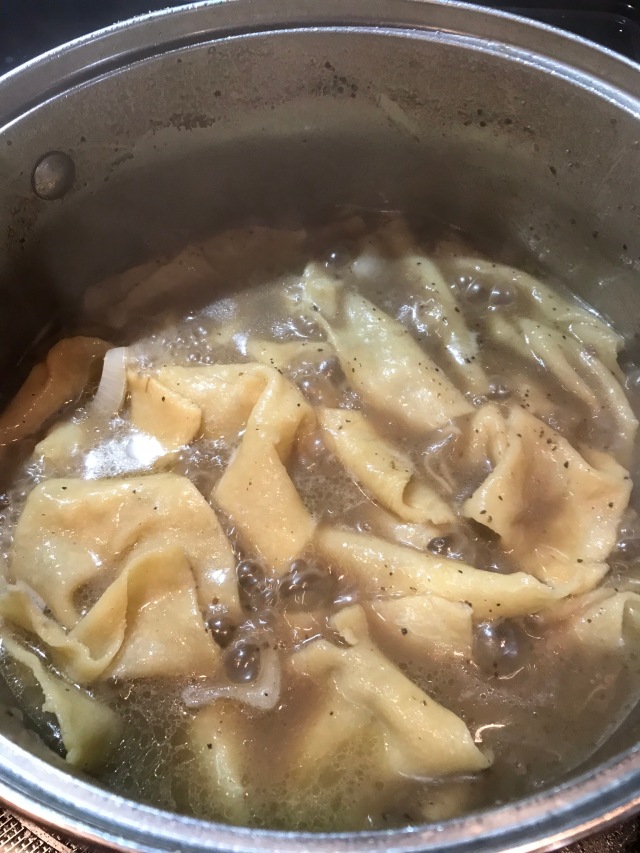 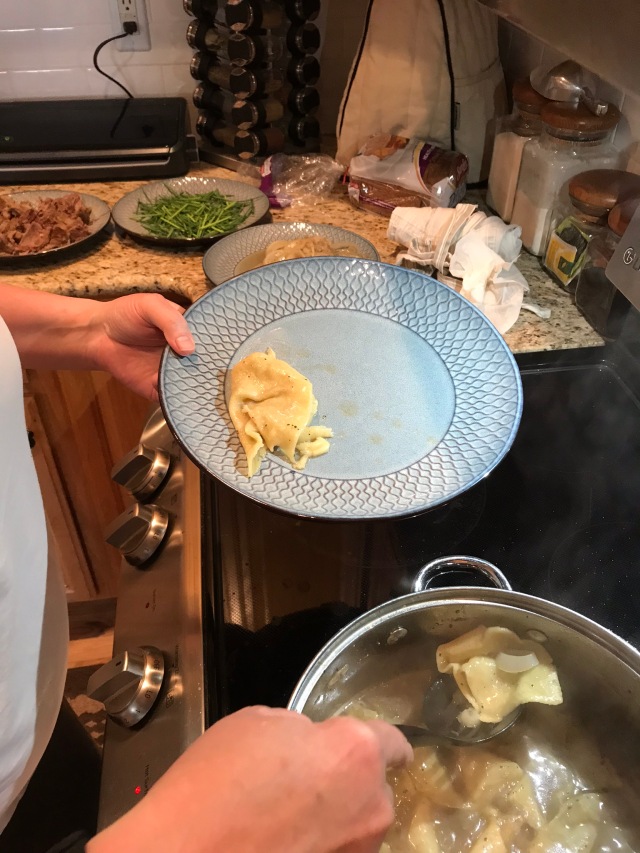 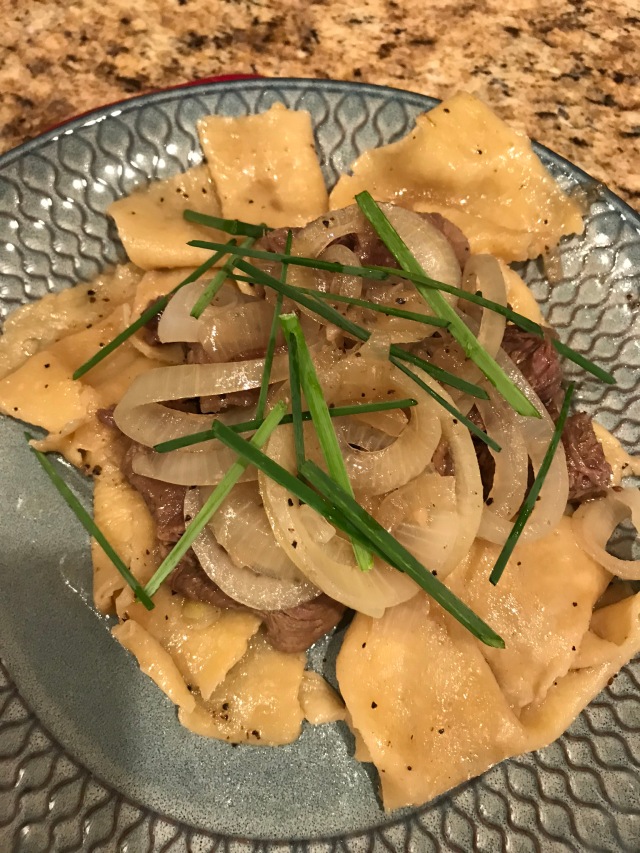 Ease of prep and cooking: 5 STARS out of 5 STARS for this meal!
Okayyyy guys. Hold on to your horse meat! This one is going to be tricky, but it’s also going to be well worth the effort– such is the story of life right? This was a conversion from metric, dumpling noodles made from scratch, long time for cooking messy Sunday endevour. All that aside, it’s more labor of love than anything else.

Best dish of all time scale: 5 STARS out of 5 for this meal!!
It was spectacular! The homemade noodle dumplings were magical and chewy, while the bone in meat made the brother super dense and flavor packed. The little bit of flour from the dumplings made the broth thicken just a little and added to the overall texture of the background. This was amazing. Sorry to disappoint, but no horse meat here. This is Bronco’s country. That shit is illegal here. The best part was the earthy kick from the homegrown chives that garnished. A little tang and crisp from the onions all played really nice with the succulent spare ribs. Well played, Kazakh.

Tipping over the memorial day weekend and into June we will travel to the #175 country of Samoa! Now I know what you’re thinking, but no, we aren’t making cookies next week. Nice try.