This week has been a scorcher in the Mile High City. We have been camping out in the 90’s and it’s been getting all of us a little on edge. In addition to the short fuses you’ll see around town, it’s also been getting us thinking about what good things from the 90’s decade we loved. The NKOTB and BSB phenom has been hitting a resurgence. Both boy bands have released new hits and are touring. Though to be fair, BSB is singing country now with FGL. Who saw that one coming? I found that a great way to beat the heat is a cold drink on a warm patio with lovely people who are more family than friends. I will try to recall those lovely people when I turn into the Wicked Witch of the West Coast with these temps. Try. I said “TRY”.

THE DINNER: I’m not going to lie to you– it’s hard to spend a day over a hot stove or oven when it’s hot out. We picked another Balkan nation to munch on this week: Albania. There’s a whole lot of familiar territory here as far as flavors: Mediterranean and simple. There’s not a whole lot of spices happening like curries. There’s not a lot of fluffy. The meal we chose is called burek. It’s a cheese pie that’s made in filo dough and can sometimes contain meat like lamb, though traditionally is seen as a vegetarian meal with leeks or spinach rounding out the cheese. We chose a feta/Leek version for our journey. Leeks are so often under appreciated– and it always reminds me of that pun from Cloudy with a Chance of Meatballs: “There’s a leek in the boat!?” hahaha. Sorry, not sorry guys– had to go there. You’re welcome for the smile on a Monday. 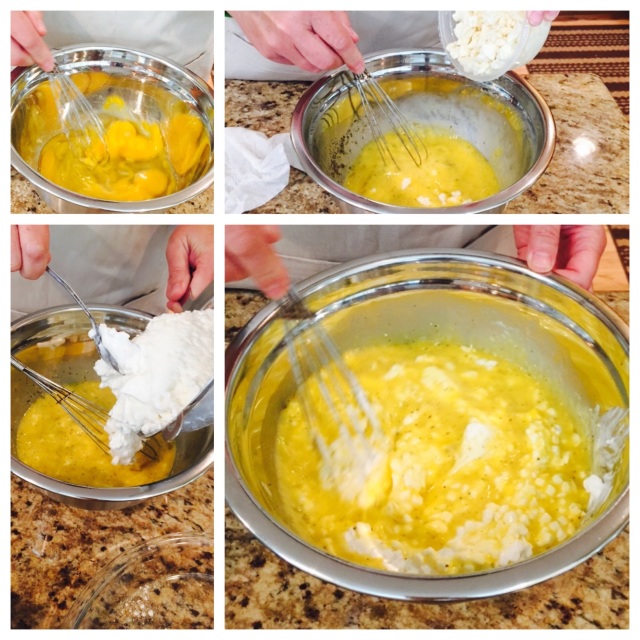 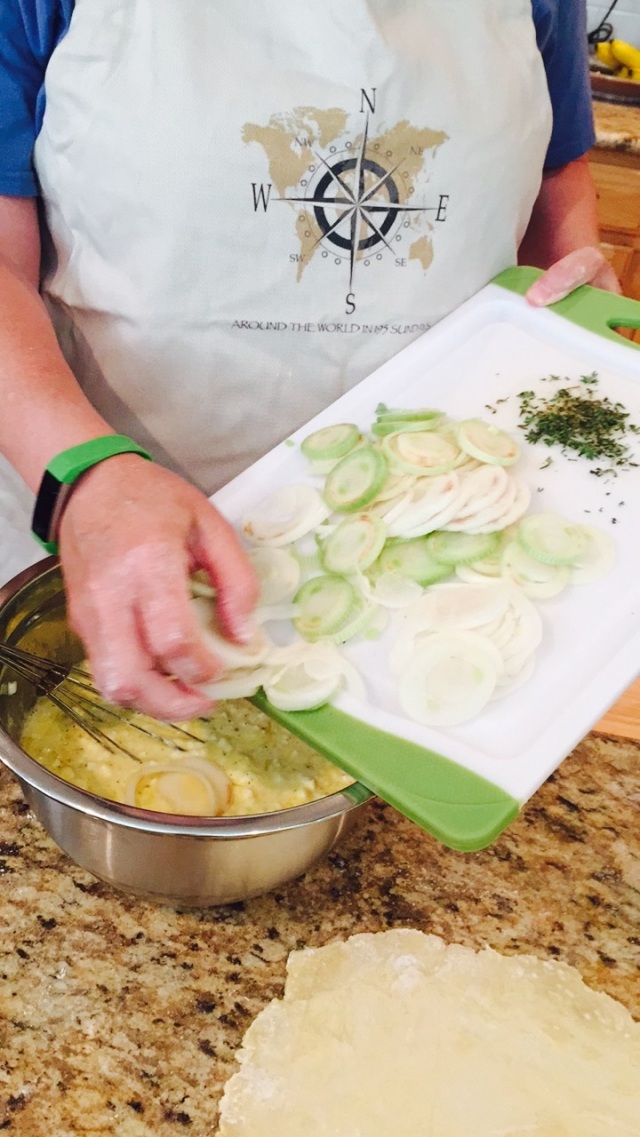 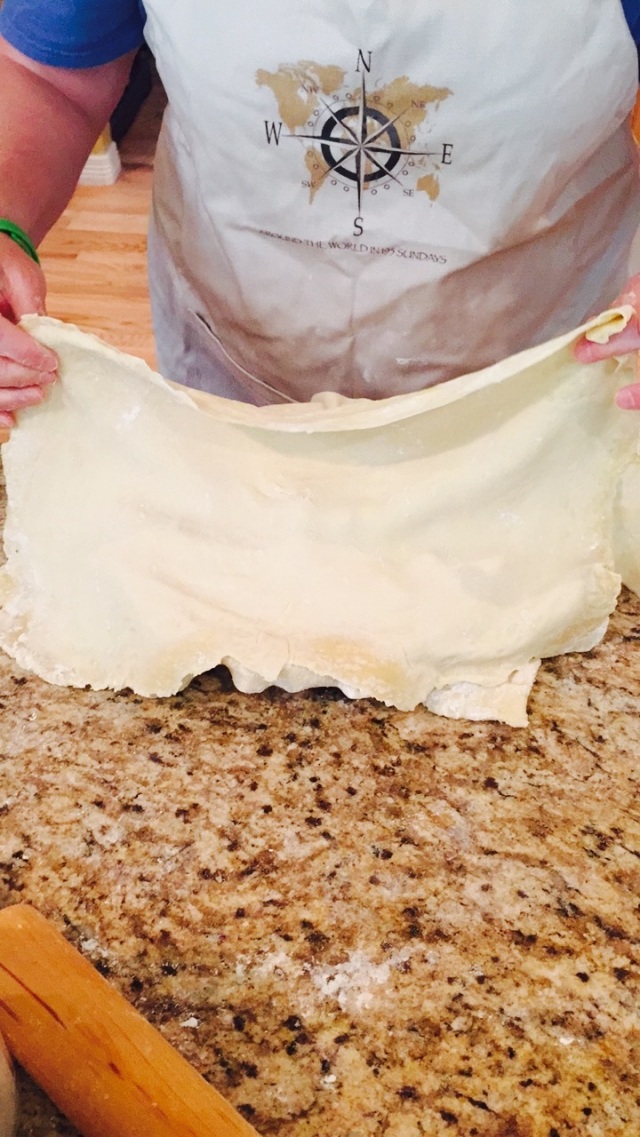 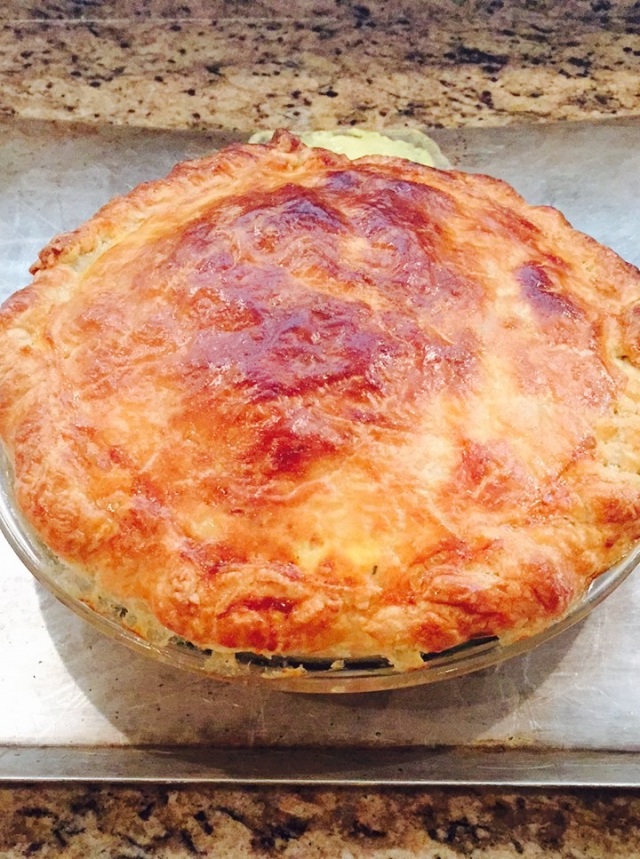 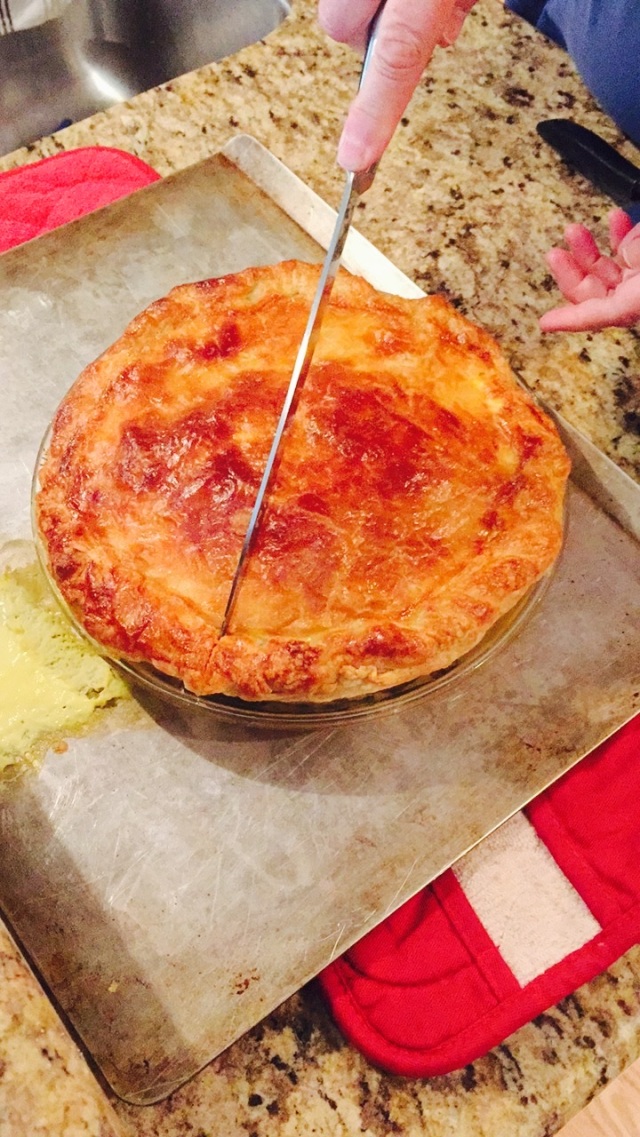 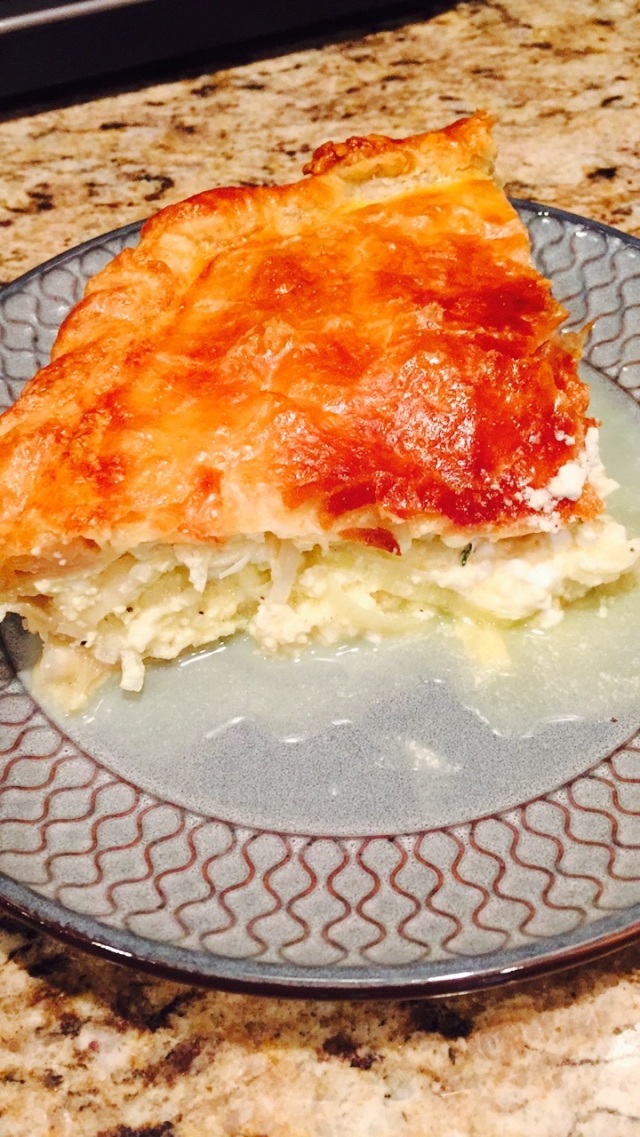 Ease of prep and cooking: THREE and a HALF STARS out of five this meal!
So the dough is store bought… and you might be wondering, “Kris, what gives? 3.5 for difficulty, come on!” But listen, guys, you weren’t there. In the trenches. In the heat of it. It was sort of ugly. Not at the time– but definitely once we were out of it. It was labor intensive and messy. And for all the work, it did not fare well on the taste meter. (See below…)

Best dish of all time scale: TWO STARS out of five for Meal!!
In the moment, we all hemmed-and-hawed about what score to give. I think we felt guilty that we wanted to give it a poor score… but a day removed from eating it– I’ve come to the conclusion, it was just terrible. It was edible. It was just not good. It wanted to be quiche. It wanted to be pot pie. It was neither of those things. It also lacked a lot of flavor. Thyme excluded, there was not much in the way of spices and while the leeks contributed in all their glory; not even they pulled this back from the brink. I’m sad to report this one was just sad. Glad it’s over.