This was such a whirl wind week!!

Bolder Boulder fun with three wonderful ladies and then in traditional fashion BBQ and drinks and game time to follow all colored by some country music on play in the background. For being a “short week” it definitely was LONG! From the holiday, it was work work work and then more work as I headed to The Windy City for a quick conference. Back in the 303, there was family breakfast dates, snuggles with puppies, dinner with the iridescent Bethany and then beers at one of my favorite places with a guy who is quickly becoming my favorite guys. It was full to the brim. It was lovely and perfect in all the chaos. Now if you’ll excuse me, I need a nap to recover. Pass the puppies.

THE DINNER: I feel really dumb when I mention Kosovo, because my brain automatically wants to go to “Sarajevo” which is the capital of Bosnia. Now to be fair, the two countries are both in the Balkans and furthermore, the two countries are similar in geography and social customs. But for some strange reason, my brain has a tough time separating these two. All that aside, we were happy to hit up Kosovo for some grub this weekend.

I was out of town once again for work (shocking, I know)– so we made a quick and easy. It came down to making what is called “Serbian Caviar”… it’s technically called Ajvar (which does translate to “caviar”) and is basically a pepper-based condiment made principally from red bell peppers and can be both mild and spicy. You roast the peppers and eggplant with some other stuff and throw it in a food processor. It’s sort of the Balkan version of a tapenade. Evidently this is so loved that the country of Kosovo actually produces 640 TONS of it annually. Woof. 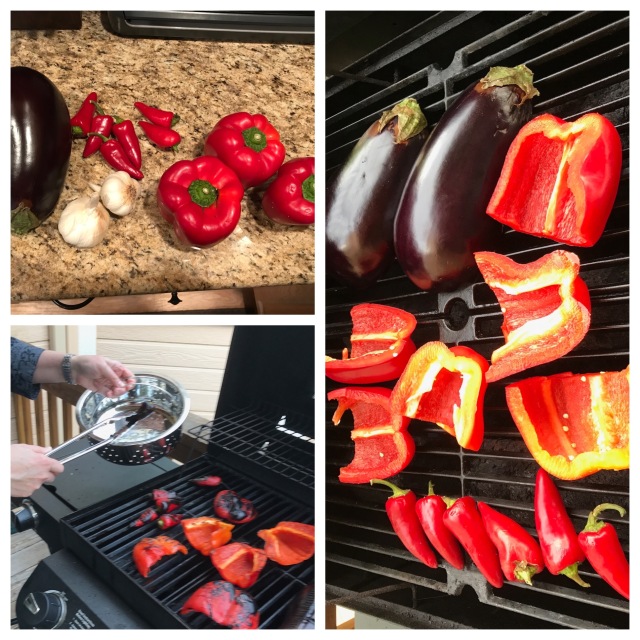 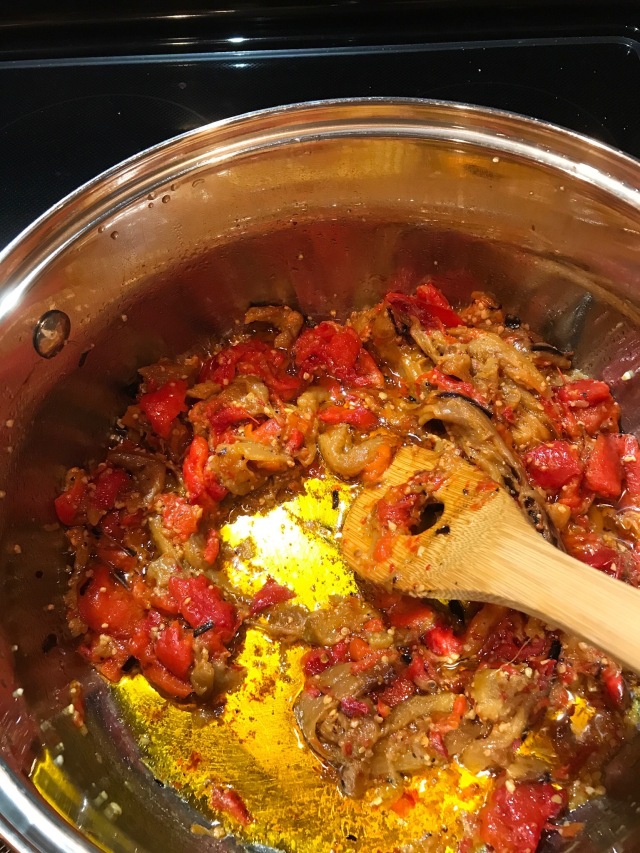 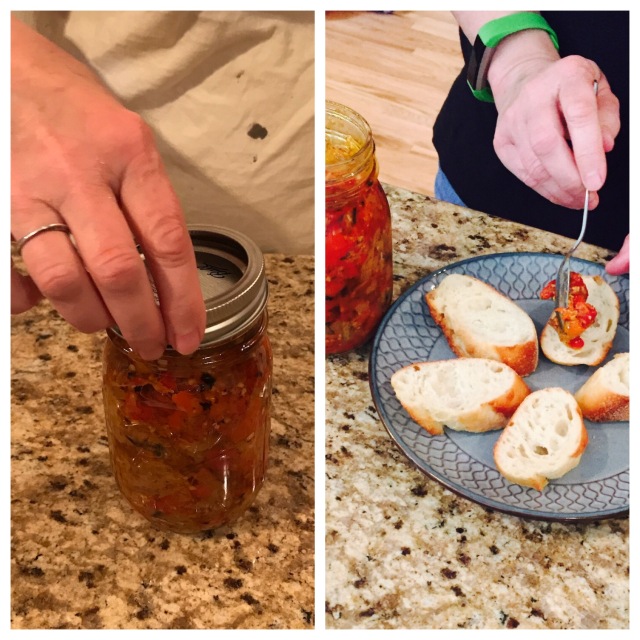 Ease of prep and cooking: ONE and a HALF STARS out of five this meal!
This one was tricky to assign a difficulty level to… the ingredient list is a piece of cake. The execution was where it got sticky. So, the peppers and the eggplant had to roast for 3+ hours. That’s not ideal, but it’s also not labor intensive so to speak. So, honestly, it’s a toss up. It’s sort of one star and change.

Best dish of all time scale: FOUR and a HALF STARS out of five for Meal!!
Well, it’s not like it’s a “Meal” per se; but it was like tapas. All that technicality aside, it was so yummy! I could have eaten this straight up without bread– and then come to find out that it’s actually eaten by itself often. It would have tasted delicious on a shoe, but we chose bread. The smokiness of the peppers/eggplant was worth the wait. It wouldn’t have had the depth of flavor without that attention to detail. I am happy to report I took home the leftovers and they will make a great spread on wraps, chicken and whatever else I can find to pile it on.

We will be traveling to the food world of Albania for #144! Call it a Balkan-kick we are on or call it a fixation with the food from over this way. Either case, we are not about to pull away from this race without one more lap around the track.