Soccer is back, Jack!

I know it’s supposed to be March in Denver– which is traditionally our snowiest month. This March finds us without so much as a flurry, 15 days in. That’s pretty spectacular and sort of bitter sweet for us natives. Regardless, it was a good omen for our opening weekend of soccer. Typically, our first few games are called for weather, but this one, even though it was not a “w” was oodles of fun. Our teammates really know how to brighten a weekend.

THE DINNER:
Sticking with the warm weather theme, we bounced off to the tropics for some kokoda for our meal in sunny Fiji. In the South Pac (that’s what the cool kids call the Southern Pacific, btw…) there are many variations and versions of this meal. It’s basically ceviche, but with fish instead of shrimp. It’s a meal staple to the Fijian people, and it’s always served bathed in coconut milk. Additionally, unlike the Peruvian kind we hit up in week 51 this did not have garlic nor red onion. Replace those two things with tomato and spring onions for this island take. 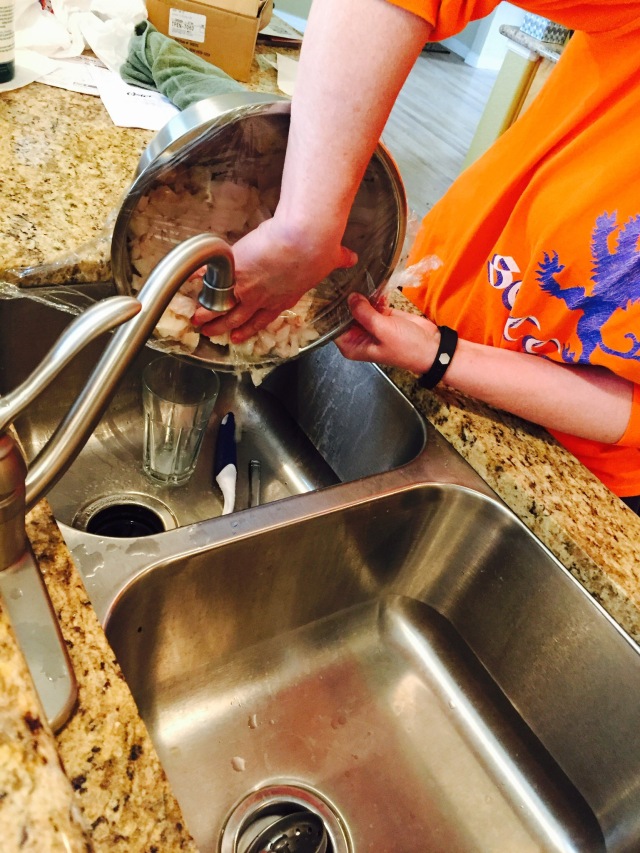 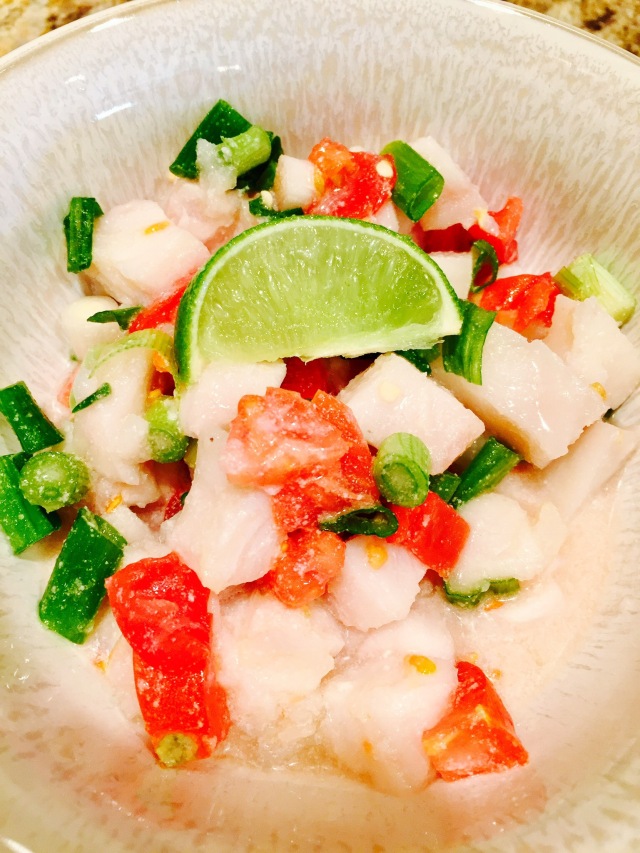 Ease of prep and cooking: TWO STARS out of five this meal!
It was every bit as easy as typical Peruvian ceviche in many ways. It’s sort of a “set it and forget it” type of meal… we ran into some problems with the coconut milk, but that was sort of user error. We used lite coconut milk and the milk solids had to be broken up. Easy fix. We were able to find Red Fish in the CO, which was a surprise and a huge help! Be careful to wash your hands and wear protection when dealing with the lime and lemon juice. We had burns from Peru last year.

Best dish of all time scale: FIVE out of five for Meal!!
Finally! A five star meal! It was not without some work, but the work was minimal. The strangest thing about this one was the coriander– but with all the lime/citrus profile and the peppers, that’s something that really did not seem to come through for us. It was spicy, so for those that are not fans of peppers please reduce that and you’ll be just fine! I felt like tomatoes might be strange in ceviche… so happy to be proven wrong.

Next stop!? We will be hitting Macedonia for #136!! Now, when I told B that was our next country meal, she laughed and said nearly identically to me when mom told me what the stop was, “That’s still a nation…?! REALLY!” So you’re in good company if that was your thought.

Guess we’re off to the Ancient World
See you in Macedonia!
– L & K