I hope that this long weekend has been treating you well. It’s been absolutely gorgeous here and as Labor Day always does, it starts me thinking about fall and school starting and homecoming. It’s football and number two pencils. We spent the weekend hanging out with the family unit. I for one needed a moment to recharge my batteries after a jam packed week. Thank the good lord for three day weekends. More three day weekend, I say!!

THE DINNER: Iran was fascinating to me on a food level and historically. They are one of the first civilizations to have a written cookbook! Around 927AD a book of recipes were scribed by Ḥājī Moḥammad-ʿAlī Bāvaṛčī Baḡdādī for an aristocratic patron of the then Iranian ruler. It was documented as recipes that were for special occasions and celebrations and mourning and holidays but left out the day to day meals and habits of the common people. This book contained 26 chapters!! That makes the holy grail of The Joy of Cooking look like a light read, guys! And it had extravagant usage of very expensive spices like saffron and peppers, which to the average joe were (and sort of still are) hard to swing on the daily budget.

The food culture in Iran and many other Arab nations is just that– very ceremonious. It takes a meal and elevates it. It’s not something that is merely to sustain, but to bring together the family unit and reconnect. Eating with the hands and with the use of bread often outweighs using utensils, making this a more grounded eating experience. We picked Dolemeh-ye Bademjan which are Persian Stuffed Eggplant. The eggplant is stuffed with lamb meat and then cooked. I don’t know about you– but i’m already a huge fan of eggplant, so this one intrigued me. It should also be noted that my dad’s favorite baked veggie is, in fact, eggplant. So this one has all the makings of a good time in Brovskyville. 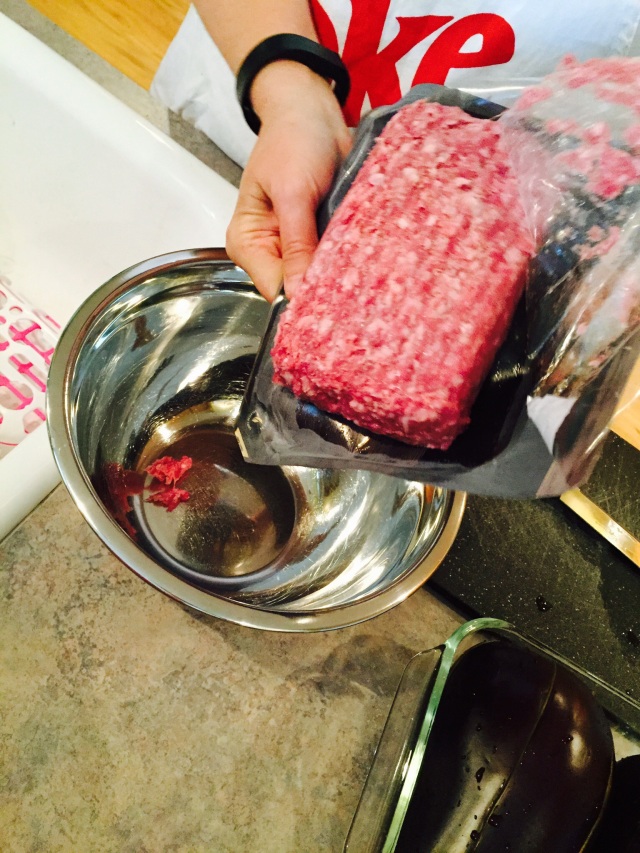 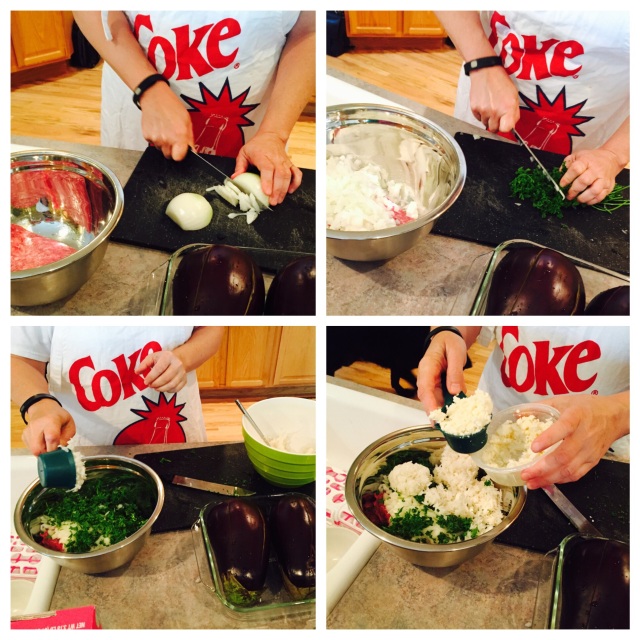 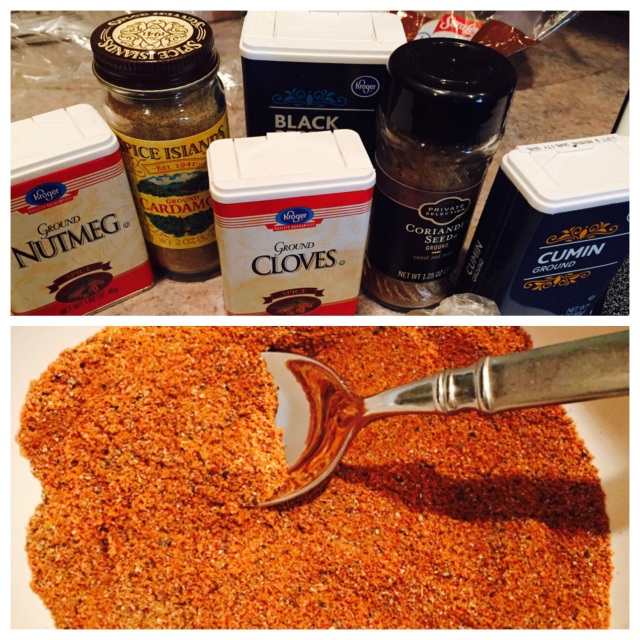 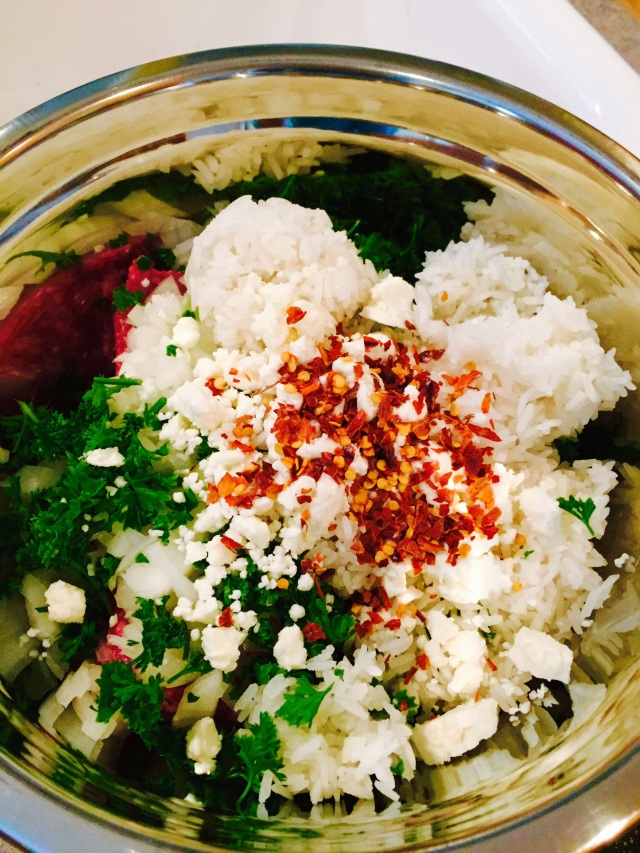 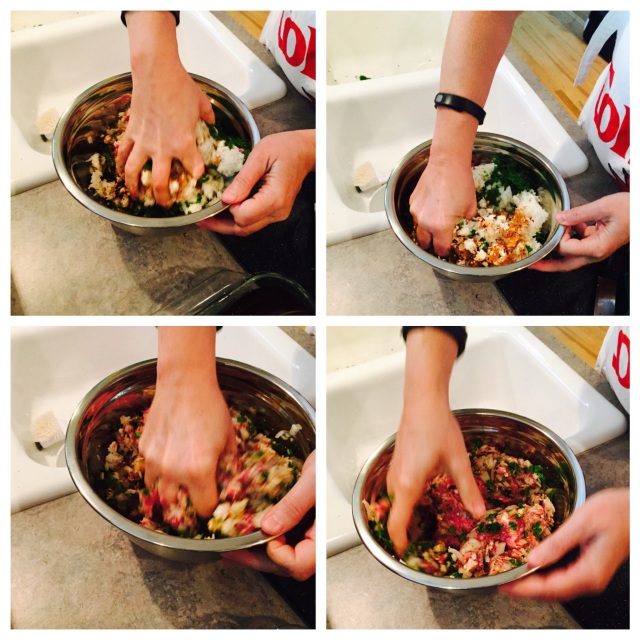 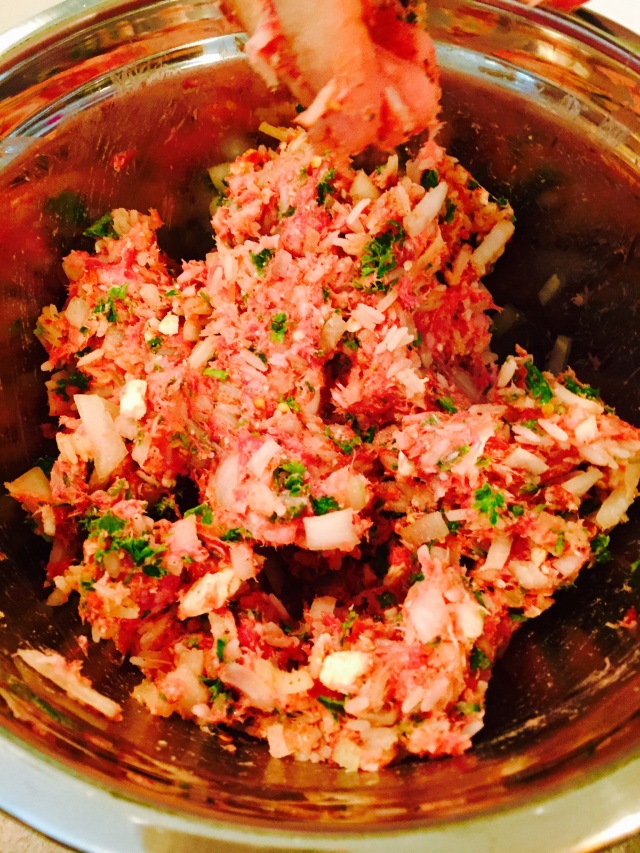 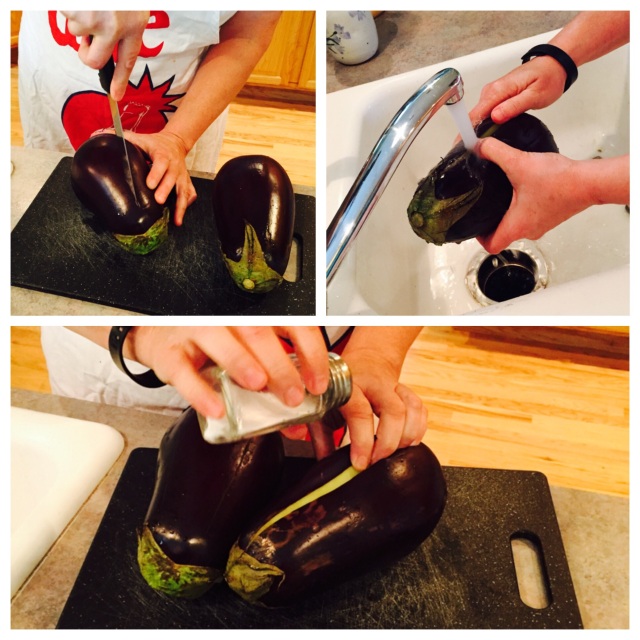 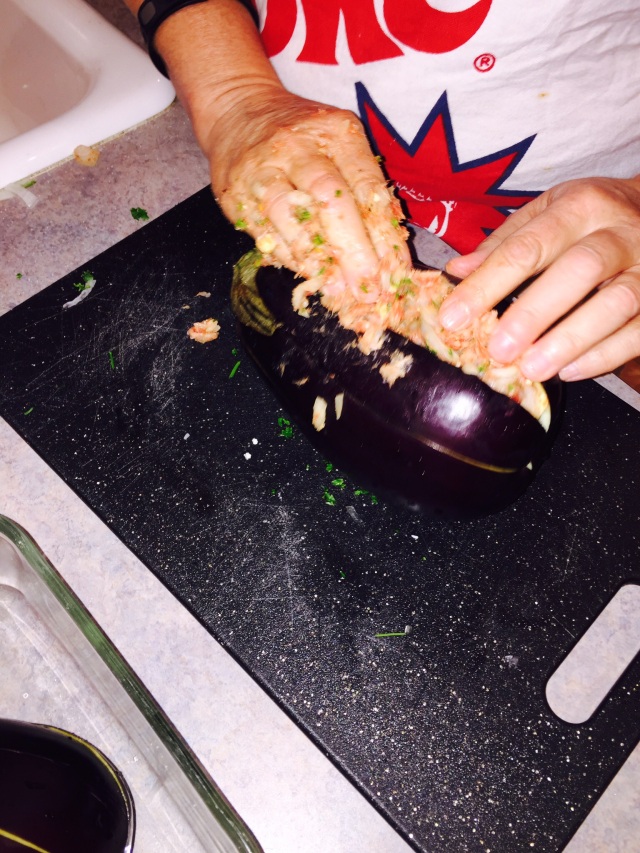 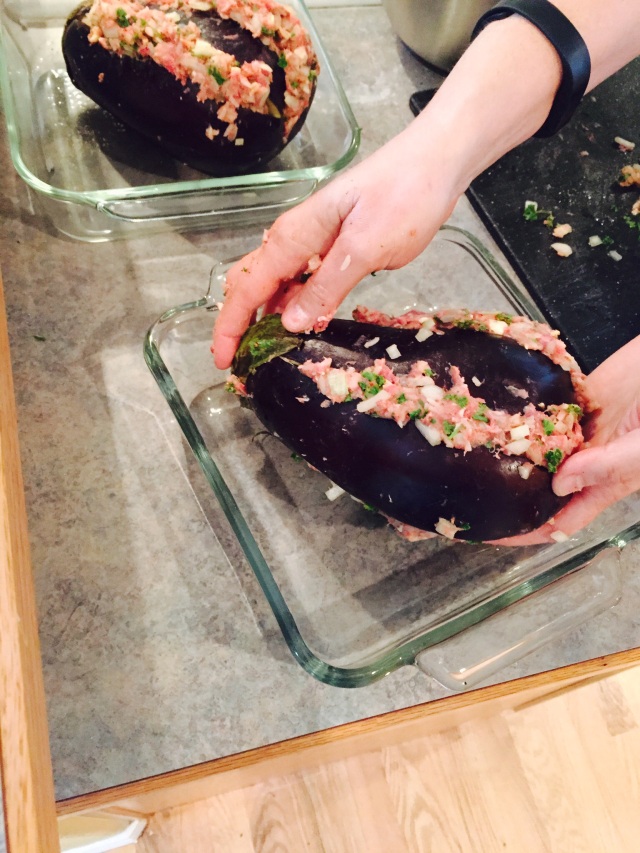 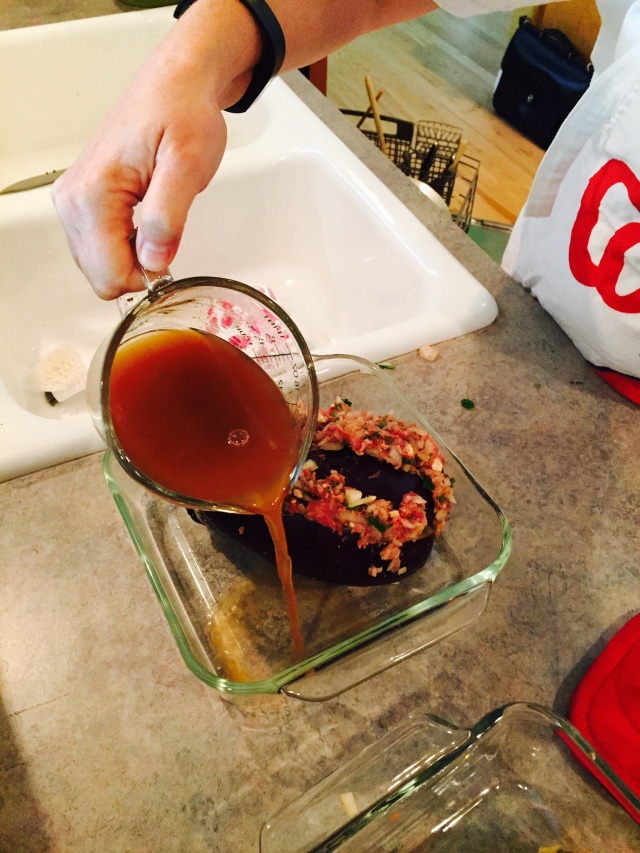 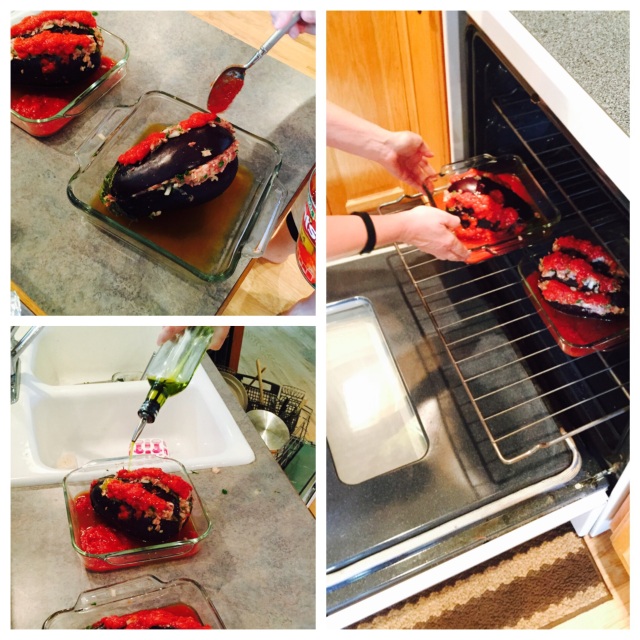 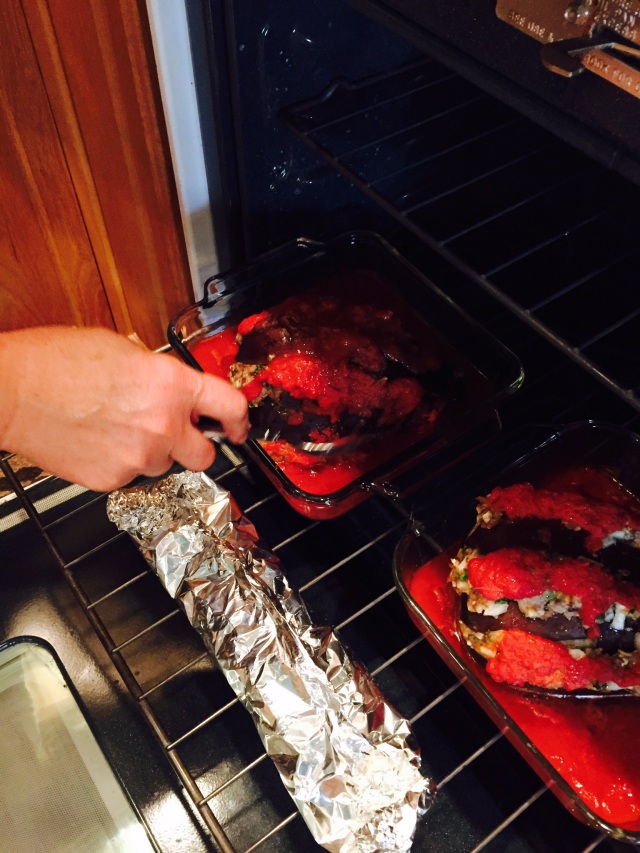 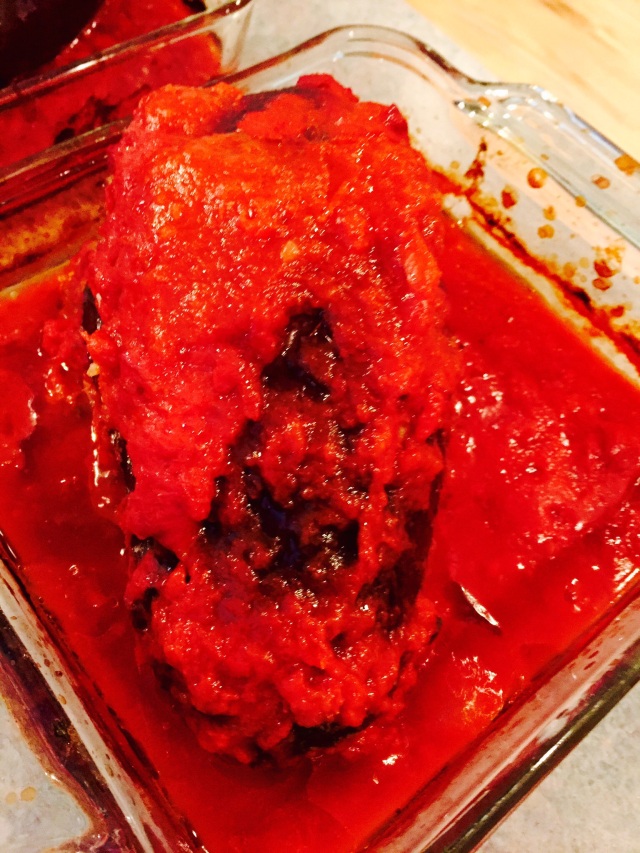 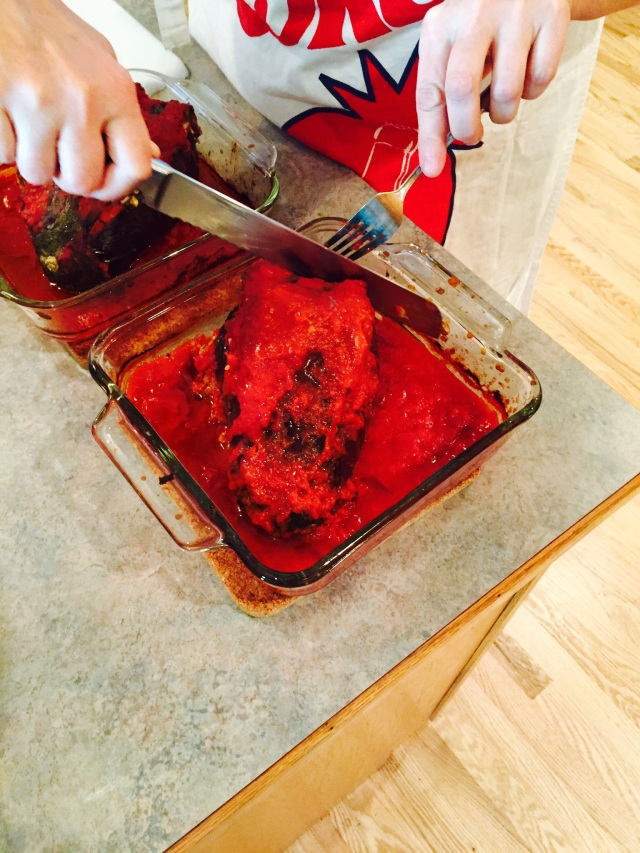 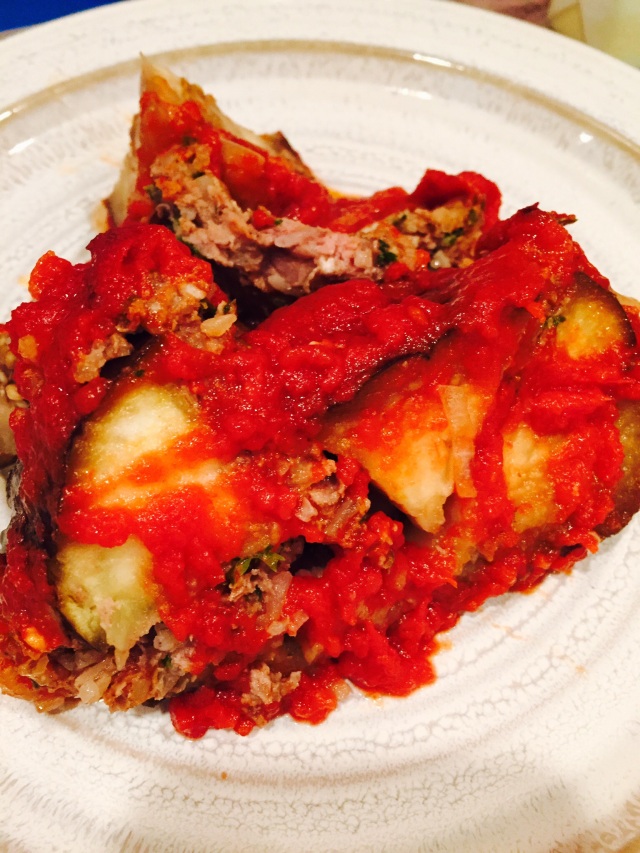 Ease of prep and cooking: FOUR STARS out of five this meal!
Stuffing things. That’s always a tricky business. Stuffing eggplant was a real two person job. It’s simple- the stuffing making, the act of stuffing it was the trick bit. You don’t want to under stuff, but also you can’t stuff too much lamb mixture into it because it would split the pocket you had made and then it’s not stuffed eggplant so much as filled eggplant boats. So that was tricky. The other degree of difficulty on this one was making Baharat spice— it’s an added step, but it was my favorite flavor profile thus far! So this one snuck up on us for difficulty. You also have to semi babysit this one in the oven because it requires basting… so it’s hardly a “set it an forget it” type of meal.

Best dish of all time scale: FOUR STARS out of five for Meal!!
It was hard to assign a star rating to this meal, because it was delicious. It was filling too, i mean that eggplant and rice was really a good call- it would have fed to entire Brovsky Tribe twice over. The seasoning was perfect. That baharat seasoning (included in the recipe link above) was spot on everything you smell and taste for when you eat Middle Eastern cuisine. Cumin, paprika, cinnamon, nutmeg, etc. It was lovely and aromatic. The lamb was good too. Altogether it was a lot like Middle Eastern meatloaf. You even basted in tomatoes… but it was just that, meatloaf. It was hearty, delicious and rib-sticking, but hardly something to write home about. It was solid and that’s why it earned a four.

For next weekend, I am off to Palisade to drink some wine with the galpals, but mom and dad are heading to Malawi for country #67!

khoda hafez!
(Goodbye in Farsi, the language of the Iran)
– L & K