This week has been packed with all manner of fun outings and vacations. With the parents off fishing in Wyoming and us kiddos hanging out at the lake, it’s been a wonderful weekend in Colorado. We are gearing up for weddings in October and locking down internships for the fall. Soccer tourney is on the horizon for this coming weekend, so we’re hoping it’s not a super hot one in the Mile High City.

THE DINNER:
Apologies for the late post, I’ve been knee deep in living and it’s been organized chaos this week. But we were really excited to try out some French Guyanese food this past week. Whenever we encounter food that is from a country that has been occupied and ruled by many different nations, it’s always been exciting to see how this effects their cuisine, let alone their culture. The inhabitants of the F.G. are diverse. There are Cayenne, Creole, Asian and European ancestries to be found. Because of this, the food is a melting pot.

We picked Bouillon d’aoura which is their national specialty. It’s basically the South American equivalent of the New England clam chowder, but with some lovely plot twists that make this our new favorite take on the classic dish. It’s got fish in addition to the clams and muscles in addition to the creamy sauce. Where one would typically find celery, leaks take their place and with the potatoes the addition of sweet corn is paired. I was in heaven. This one was classic but also an adventure. 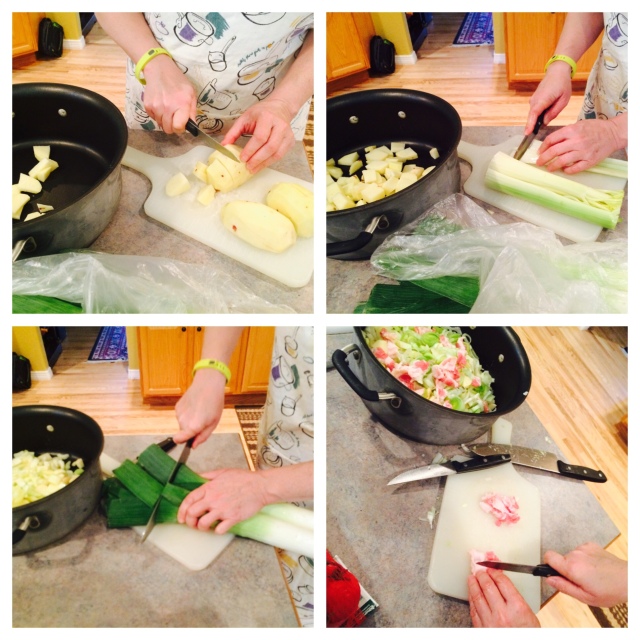 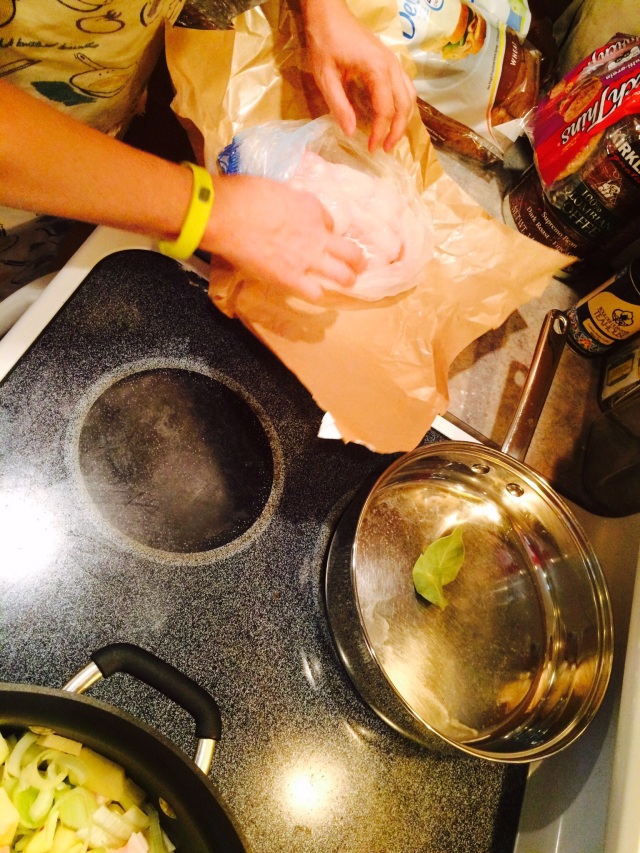 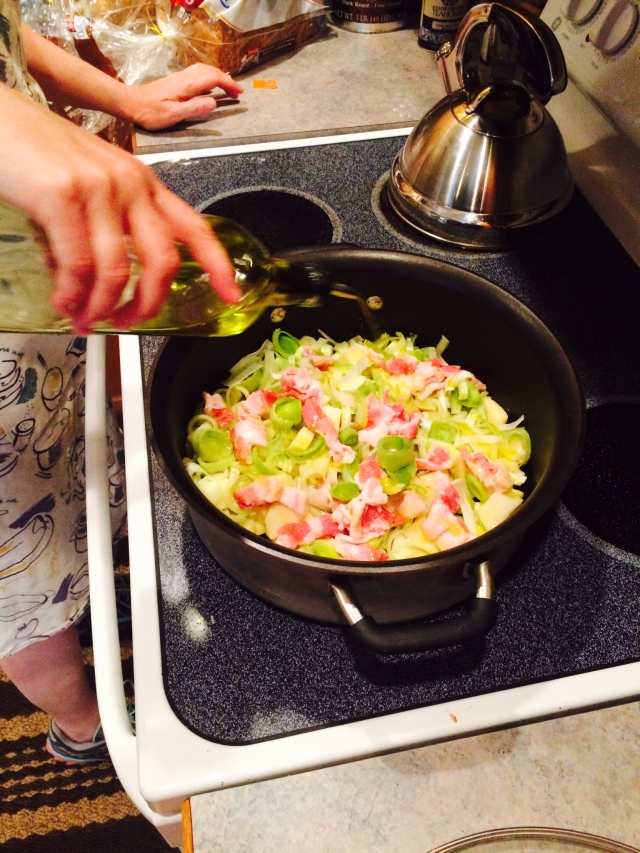 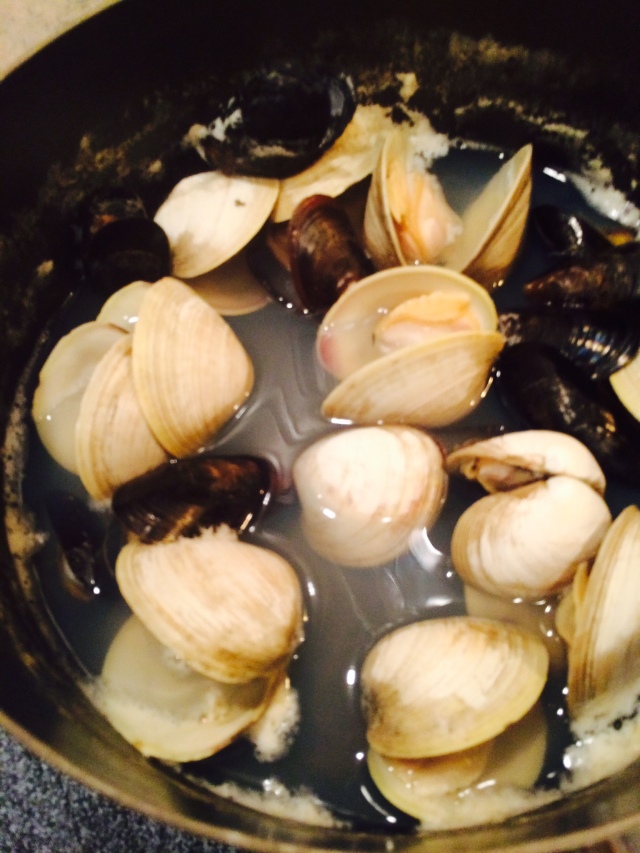 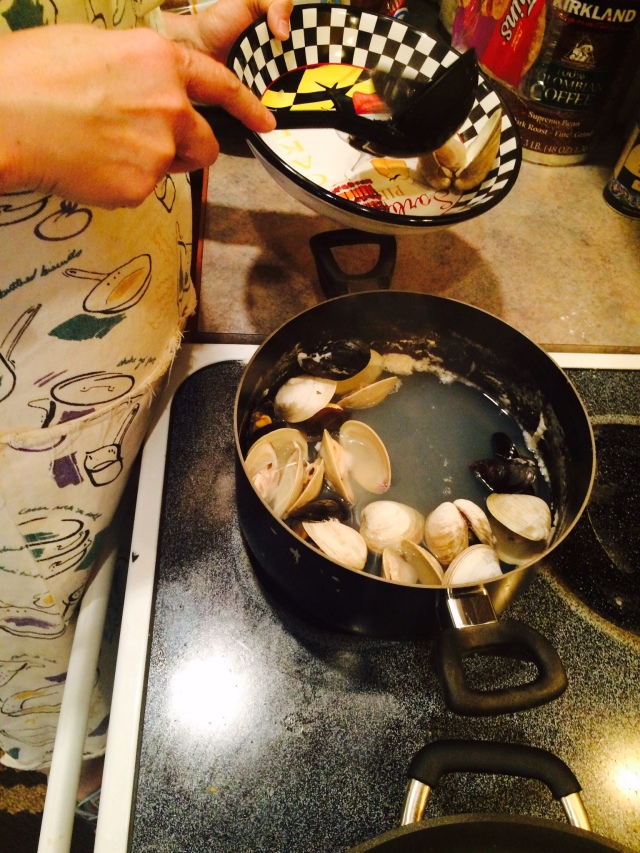 Ease of prep and cooking: FOUR STARS out of five this Dinner!
There’s so very much I take for granted about being able to pick up The Joy of Cooking– paramount of which is being able to read it without plugging it into Google Translate and then sounding like Tarzan because it’s not exactly translatable… well, friends, that’s not the case with this recipe. It’s in French; which given the country, was not at all surprising. It does up the difficulty considerably though when you translate it and it’s pretty much gibberish. Blah. Also, the meal beyond that was not super tough to prepare, but my mom is the queen of chowder. So that’s a point in her favor, the rest of you commoners, might have issues with the multifaceted fish and shell fish adventures and making sure things are scalding the milk and cream. For this reason I’m giving it 4 stars for difficulty.

Best dish of all time scale: FIVE out of five for Dinner!!
Begrudgingly, my dad is always the five star hold out. He is super picky about what he gives five stars to. He progressively changed his tune though and upped it to 4.5 stars when the dinner concluded from 4 stars. When my dad was still talking about and mooning over the Bouillon d’aoura on Friday, we put it in as five stars. It’s rare that we have my dad still chatting about a meal a hour later, let alone a week. It was all the things a chowder should be: creamy, packed full of big hunks of ingredients and lots of seafood. What we weren’t anticipating was the spectrum of texture we encountered. The corn was crispy and the leaks were flavorful. The halibut was the best part of the surprise because it flaked apart and added depth to the sauce. The dimensional tastes were spot on, and we will definitely be making that one again. Hopefully soon.

We bounce into week #59, it has been a while since we polled you guys to see what country to do! So here you are, choose wisely! I’ll close polling on Thursday so I have time to pull recipes. Can’t wait to see what we are eating!