That’s right, we took a little trip “down under” for this week’s quest into food love! We decided that since Australia came in second for the user poll results, that we were determined to pay tribute. This weekend was an incredible adventure all around. Mom and I went up to Buena Vista for our annual girls weekend rafting trip and boogied our way down some class 5 white water! We came back down just in time to celebrate father’s day and to make our weekly country meal.

THE DINNER: Since it was father’s day this Sunday, we let my dad pick the menu for Australia and then found him a little surprise to make the meal even more father friendly (Hint: it involves libations!). Australia is simply put into the category of typical English/British food style; lots of meat and potatoes sort of dishes. Dad was considering something iconic like “shrimp on the Barby” , but the cliche was not something that interested him this time. He picked a standard for any Aussie gathering, which was sausage rolls and potato salad. We were happy to oblige this one.

We made the sausage roll the same way you make pinwheels and it tastes like meatloaf in the style of beef wellington. It is basically like meatloaf stuffed in puff pastry and it was every bit as delightful as it sounds. Heavenly, in fact. The potato salad was basic in assembly and with all it’s moving parts, this one paired well with the sausage, which turned out to be surprisingly spicy from the herb additions. Many variations on this one, but basically they all come down to the same thing: meat (be it beef or lamb or both) and pastry cocoon. Totally “man food” for dad’s day!

The surprise, you ask? The Aussies are known to be one of the best producers of wine in the world, so we felt like it was our duty to ring in father’s day with an Australian toast. CHEERS with wine and Fosters! 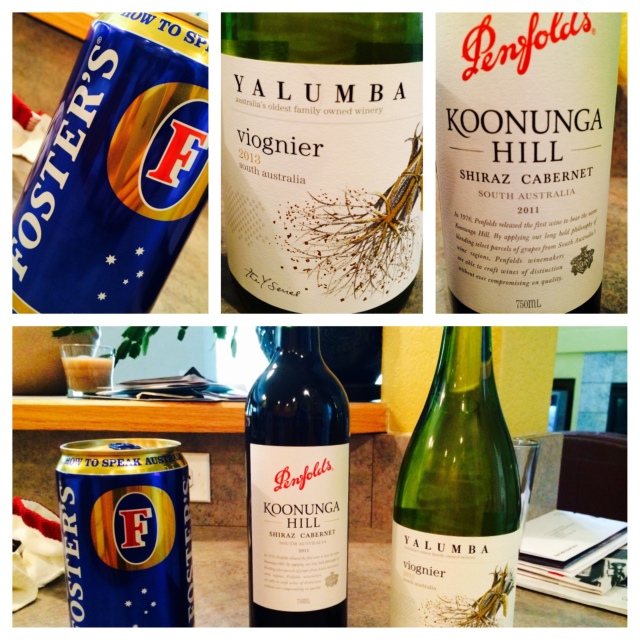 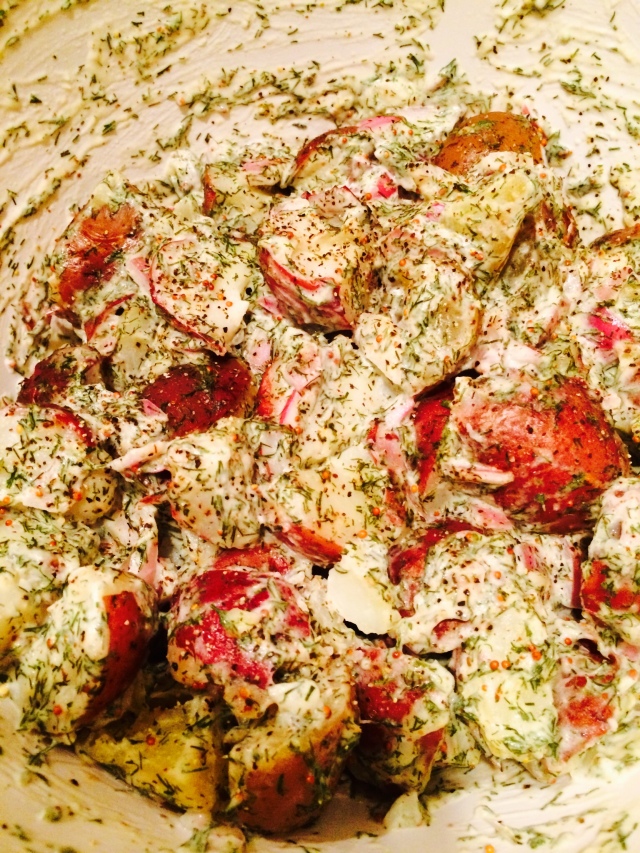 Ease of prep and cooking: TWO STARS out of five. Australia was a wonderful patron for us this weekend. We were wiped out from our aquatic adventures, so it was pleasant to not have a demanding culinary adventure this time around. This meal was quick and painless as far as making it and for the effort, the return on the deliciousness was unparallelled. We would have gladly spent three times the time on this meal just because taste wise it knocked our socks right off. Ingredients were readily available and recipes were clear. Best dish of all time scale: FIVE STARS out of five. This country was outstanding. We were going back for seconds and we can’t wait to make this one again. The filling was flavorful and the pastry was flaky and soaked up all the pork drippings. I didn’t care for the potato salad, I felt overwhelmed by the dill, but Mom and Dad both adored it.

The next country was decided upon in a very Brovsky way– world cup style! We are known to be futbol fanatics, so this one should come as no great shock. The best cup match we have watched this go around was the Swiss taking on Ecuador. Switzerland was a total underdog and in stoppage put a goal in to take the “W”. Doesn’t get more exciting than that. So well played, Switzerland! Next week is for you!

One thought on “#6: Australia”